This is one of the most terrifying looking machines, yet it saved lives for many decades.

It is termed a negative pressure ventilator, which allowed a person’s lungs to be inflated without the damage from forced air and the use of tubes down their throat. They were initially used for miners whose lungs were damaged underground, but their heyday was in the treatment of polio, or poliomyelitis, a viral  illness that caused muscle weakness. If legs were affected, the person often walked with the aid of callipers, but if the chest was affected, they risked suffocation, so were placed in one of these monsters. Mostly children were infected. It has largely been eradicated thanks to vaccination except in Afghanistan, Pakistan and Nigeria.

This is one of the few surviving machines, in the Beamish Museum. For anyone who believes vaccination doesn’t work, it is worth imagining the hellish existence of living out your days inside one of these. 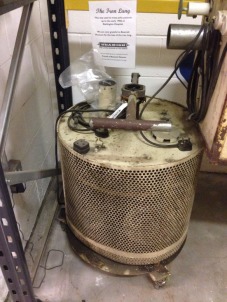 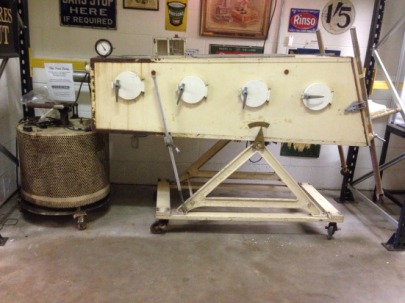