This is an unusual cathedral as it was not the grandest or oldest in the city. That claim belongs to St Mary le Castra, a huge ancient edifice, but apparently there were problems with access, so this church got the promotion and the body of Richard III.

The churchyard has some really good slate memorials 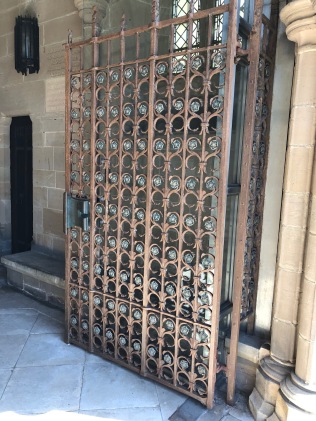 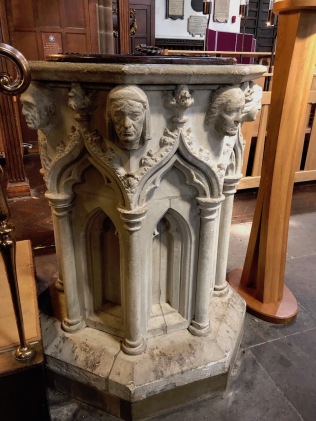 A range of memorials including that of Richard III

A few unusual ones: to John Johnson architect who established a charity called the Consanguinarium, and his nephew buried outside. 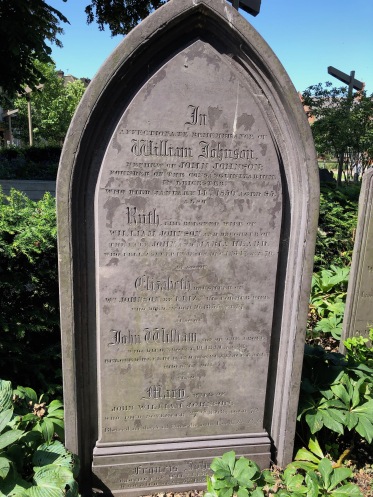 The oldest part of the church, an ikon

Look up to the angels. They look poised to swoop down and carry us away. 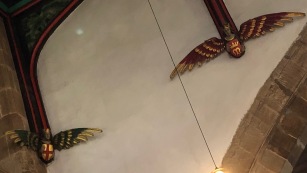 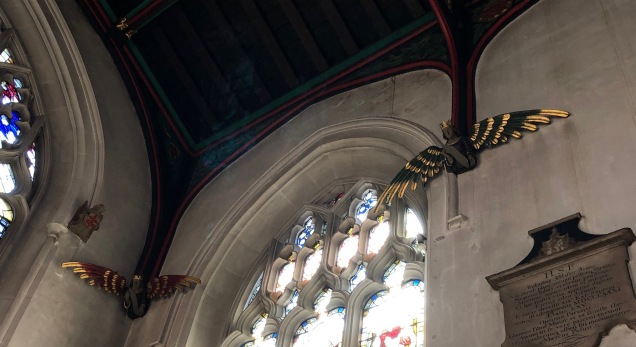 I think these are images of people entitled to, or in need of charity

A pair of loverly modern windows 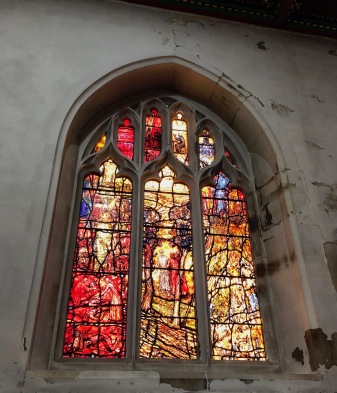 And finally, the most extraordinary tomb I think I’ve ever seen. To an officer in Flanders, but it doesn’t look military. It’s heart breaking as the parents are talking to their only son. “You were our pride we dreamed great things for you…” They still talk to us of their loss.