This is a small church in a parish that dates back to the Domesday book and has had several famous owners, but is now largely forgotten. I have long been interested in it for the links with the connection with the Augustan poet Richard Owen Cambridge, who will get a separate post. Here’s the church with only a few memorials inside, but all very fascinating in their own rights, both for the characters and the differing styles.

This is the tower with unimpressive gargoyles. They tried!

Inside the porch are a pair of Green Men, very unusual style, and in wood, but suggest they exist on the border between sacred and secular, which makes sense. Porches were often sites where contracts such as tenancies and marriage agreements were signed.

This is a monument which highlights the importance to family historians of keeping such small, isolated churches open. This is the King family, and it notes that their son was Thomas King the famous sculptor of Bath who is buried at Woolley Church to the north of Bath.

This is an odd family memorial, with only the mother and her 3 children shown. Suggests her husband remarried, or died some distance away. 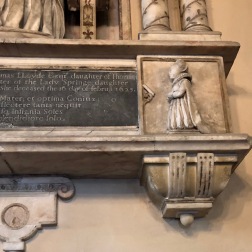 Here’s another tomb, very baroque in style, to a branch of the Lloyd family, who seems to have lost all their children.Edmund and Elizabeth died aged 4, A second Elizabeth at only 6 months, and Radegund survived till only 13 years.

In the vestry, notice of benefaction to the parish poor from the wealthy Isaac Elton of Bristol and another notice of the church enlargement. 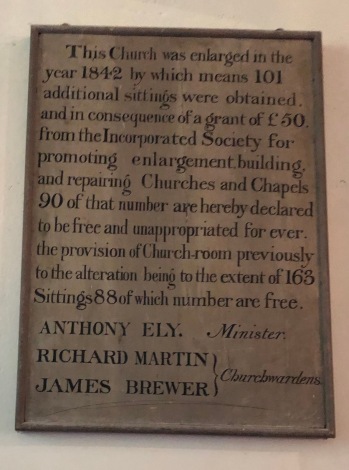 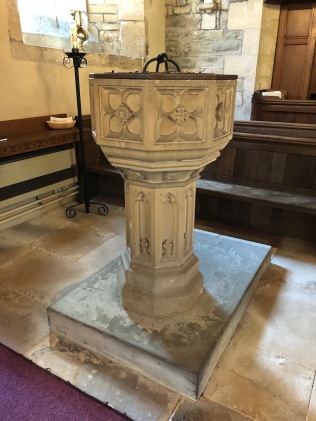 Some roof painting recovered, but no funding for the whole to be restored. 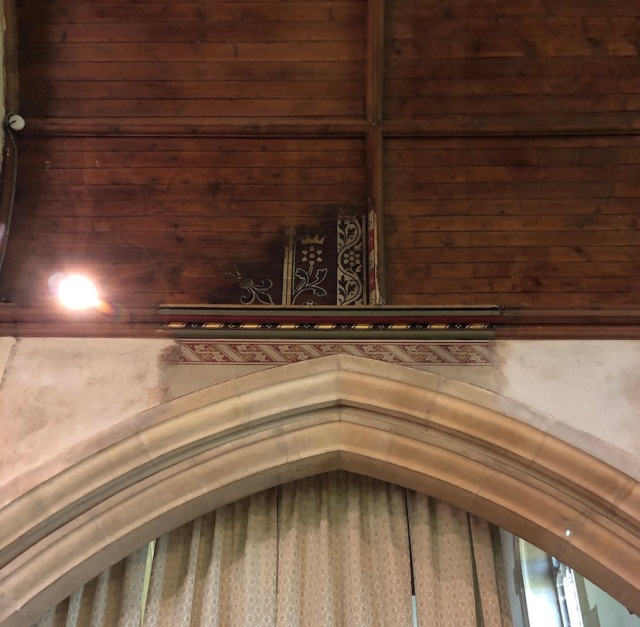 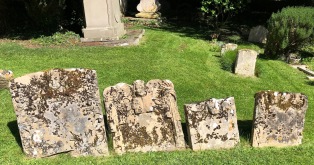 Broken table tomb typical of wool merchants of nearby Cotswolds