This is a truly amazing survivor, from the 14th century, well preserved and with lots of fascinating details. It began as the hall of the Corpus Christi Guild, one of several in the city and had close connections with nearby St Martins, which is now the Cathedral.

It has had many incarnations, and has been the town hall, site of Court sessions, first police force, one of the oldest libraries in the country. It has also been a Women’s college, book market and venue for lectures and other events. In Victorian times it was called “The Old Barn” used for entertainments, and public feasts have been held there. Parliament was even held here. It was to be demolished but thankfully local antiquarians rescued this wonderful building.

This is the Corpus Christi glass. 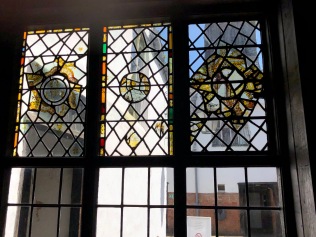 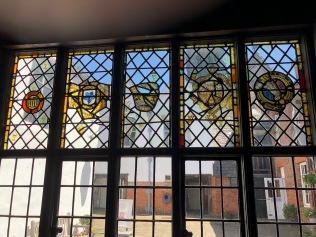 There is a lot of graffiti though dates are not known, they may have been made during the Napoleonic Wars. One shows this, the other one is, I think, a very rough skull and crossbones. 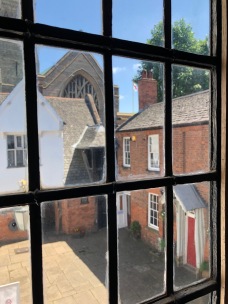 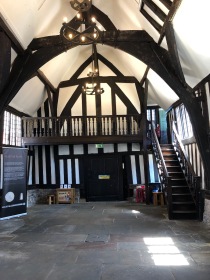 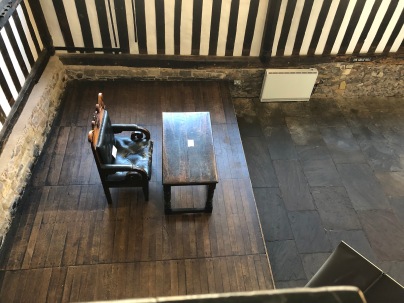 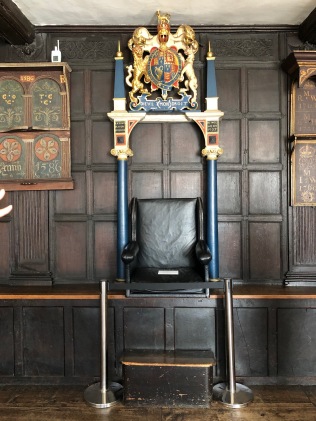 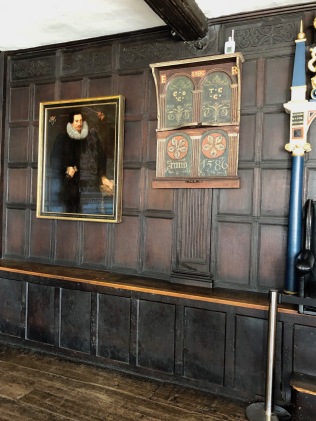 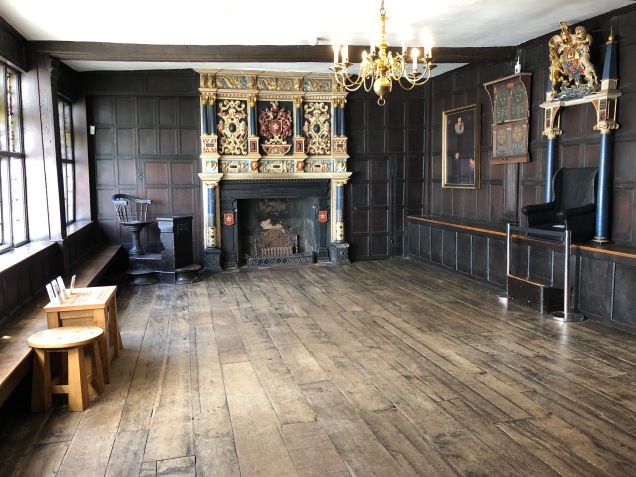 The bedroom for the recorder or judge, who did an annual circuit. Think there’s a truckle bed beneath it for his clerk.

The courtyard with 18th century water butt, and memorial to daughter of Alfred the Great

And finally, to the 2 police cells, and a scold’s bridle with a police truncheon – I’ve seen a few of these and they are on other blogs. 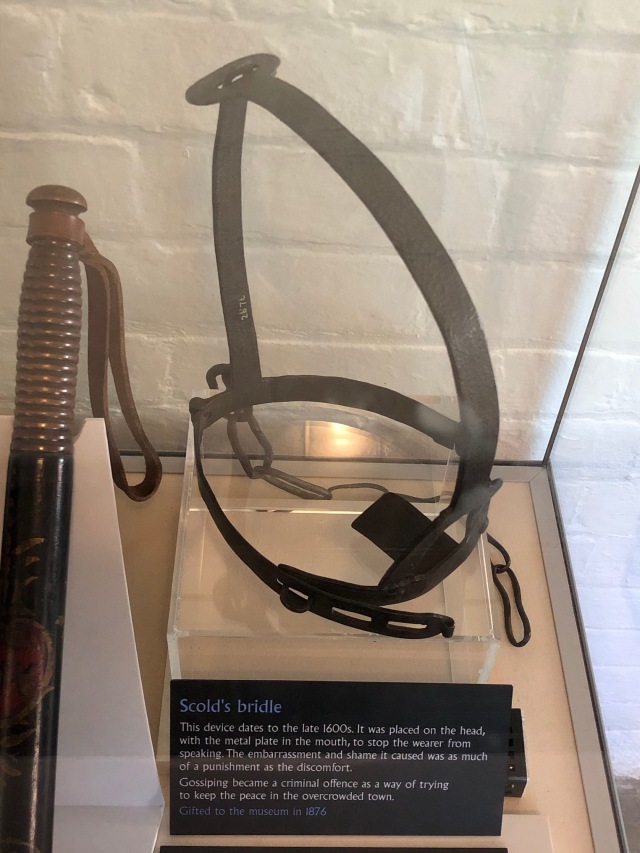 But the gibbett really rattled me. It was about my height, so I could almost imagine it in use. Details on how it was used, but there were variations. It was generally for the most terrible of crimes, especially pirates, some of whom would be placed in it at low tide and slowly drowned, then the body left as a warning to others. Sometimes the bodies were tarred to preserve them, other times they were eaten by birds. 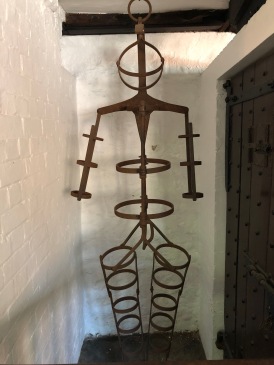 One thought on “Leicester Guildhall”