Misericords are special works of art in Pre-Reformation churches as they are non religious carvings in what was a very religious space. These choir stalls were separated from the public by a screen, but clerics were expected to stand during increasingly long services. For the frail and the elderly this could be too much, so the stalls were made to tilt up to provide a platform on which they could rest but still appear to be standing. Hence the term, for providing relief. English stalls generally have a main image, often mocking authority, with ‘supporters’, often a bunch of leaves or flowers on either side, but this collection includes the leaves in the main image. There are a lot of leaves and berries, suggesting fruitfulness, or perhaps the carvers just liked the design. They are all masterpieces of design as they allow the image to fit a very restricted space. These are a mixture of early mediaeval through to Victorian pieces, so again this is very unusual. 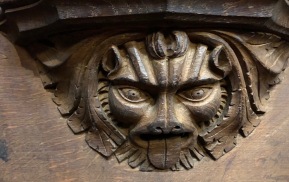 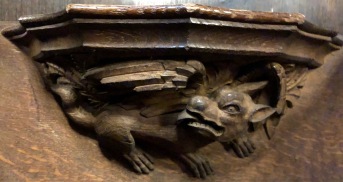 What’s the mass noun for green men. An impressive variety: 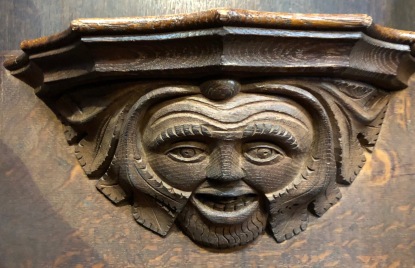 Some unusual Christian images 2 pelicans in her piety, an angel and possibly St mark the evangelist: 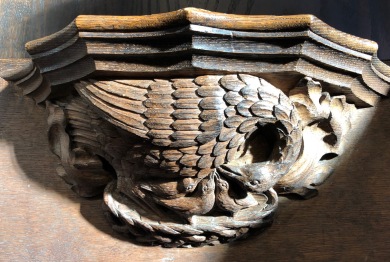 And a couple of oddities:a lion- St Mark? in foliage 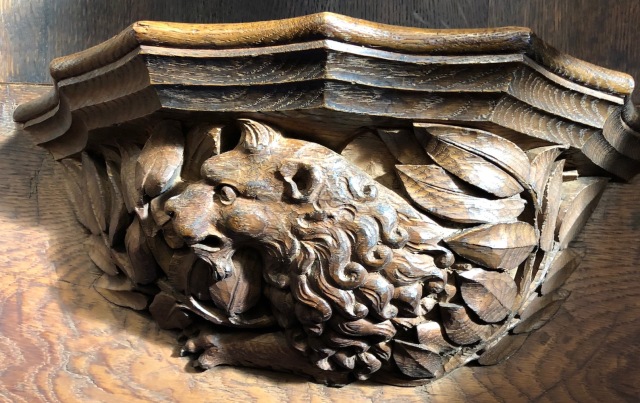 One that confused me and many people on twitter. I was told they were all Victorian so I thought this might show abolition of the slave trade But it shows the late mediaeval crescent and fetterlock (manacles) of the Percy family of Northumberland, c. 1500 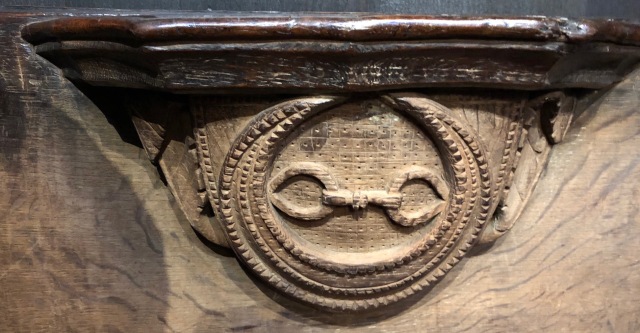 And by far my favourite: A mediaeval tumbler whose privates have been concealed by the Victorians carving a fig leaf over them. I guess this was no longer an all male area. 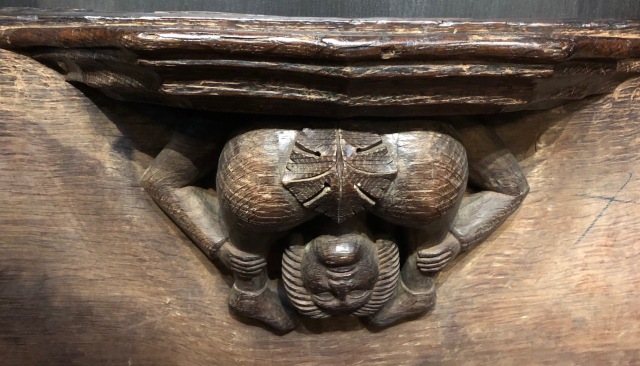