This is one of the strangest churches I have ever visited, due to its varied history, which in turn reflects the changing conditions and congregation in the centre of the Welsh capital.

It was built as St Andrews, is sited in the middle of a round plot of land which is also its parish, surrounded mostly by offices and a main pedestrian route between the university and the central shops. Thus there have never been any burials in the parish. This is the side chapel, showing the ornate gothic style when it was built in the mid 19th century. But it was obtained by the city’s Welsh speaking congregation, which objected to the style, so made some alterations.

It is unclear when this roof detail was painted 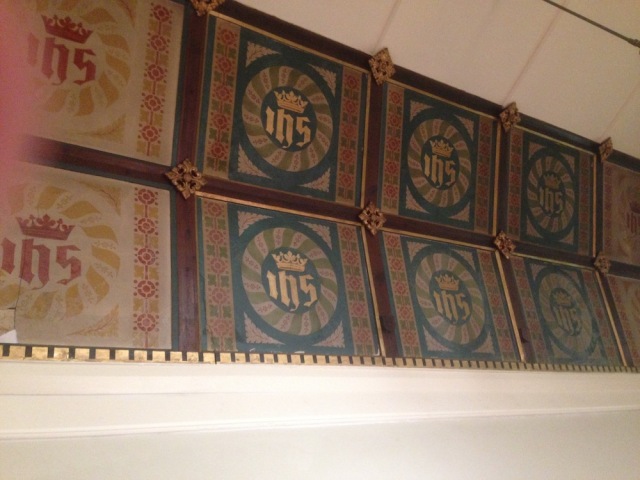 The eagle reading desk was moved in 1957 when they found some sticks of dynamite. No explanation has ever been found for this, though suggestions have been made that the Welsh independence group may have been responsible.

This is the altar showing the church banner to St David

The organ is one of the finest and largest in the region, and they hold recitals there. 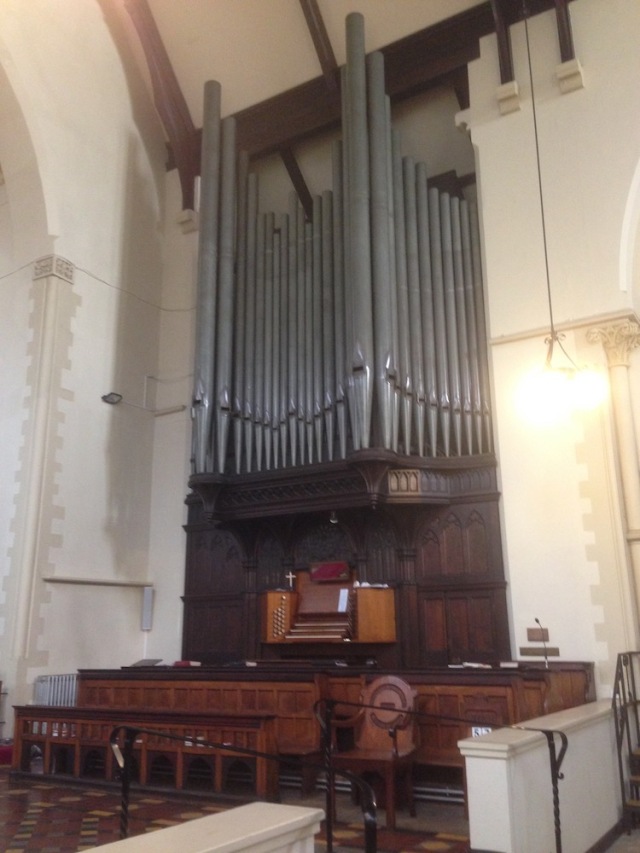 The white walls were originally colourful designs by Voissey. In the main church they have been painted over, but survive; in the hall they are only covered with white panels. 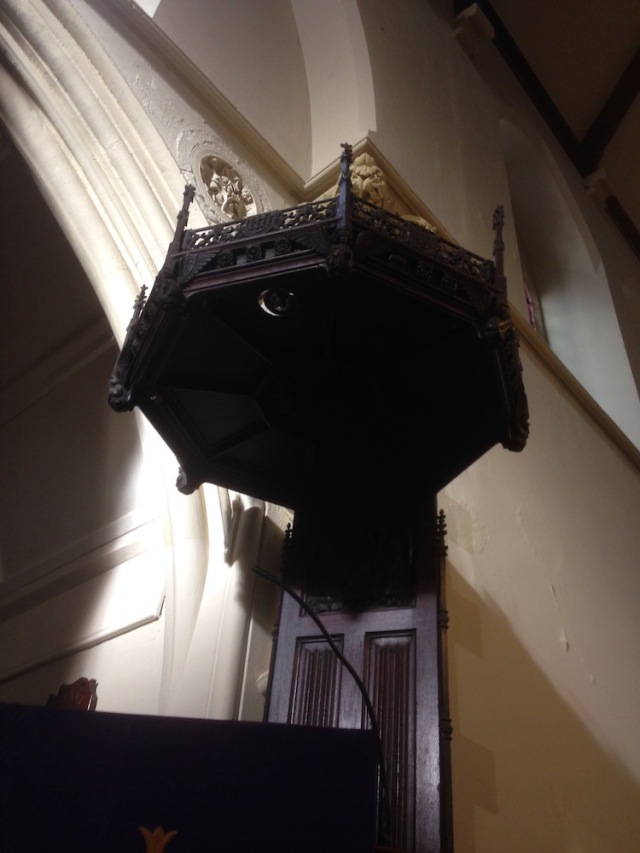